An exploration of recurring jokes on Arrested Development 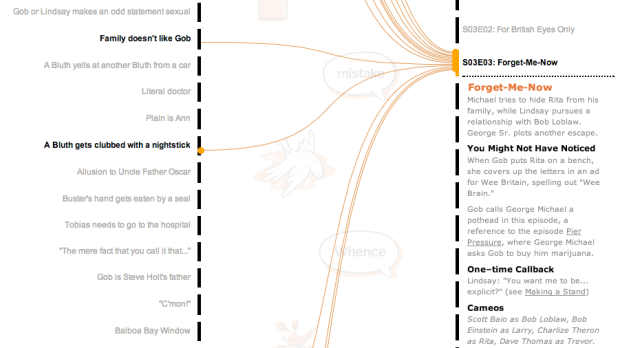 Watch Arrested Development enough and you start to realize there are a lot of recurring jokes in various episodes and seasons. In an interactive by Beutler Ink and Red Edge, Recurring Developments shows what episodes jokes, such as the awkwardness between George Michael and Maeby, happen. And like the visualization this is based on, you can also go the other way around and look at the recurring themes in each episode.

Excuse me while I go on an Arrested Development binge on Netflix.