Locations of every photo from International Space Station 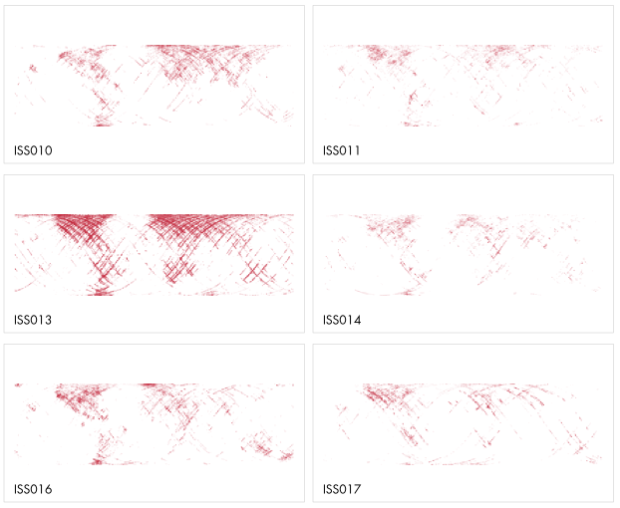 Over the last 12 years, astronauts have taken a lot of pictures from the International Space Station. About 1.1 million of them. And they’re all archived on NASA’s servers. Nathan Bergey mapped them.

Most of the photos are taken of land. Coastlines, islands and cities seem to be popular targets. So much so that it’s possible to make out basic continents. This makes sense, photos of clouds over an otherwise blank ocean get old after a while. I’m sure every astronaut has taken at least one photograph of the town they grew up in.

Above is the use of small multiples to show pictures taken during separate missions.