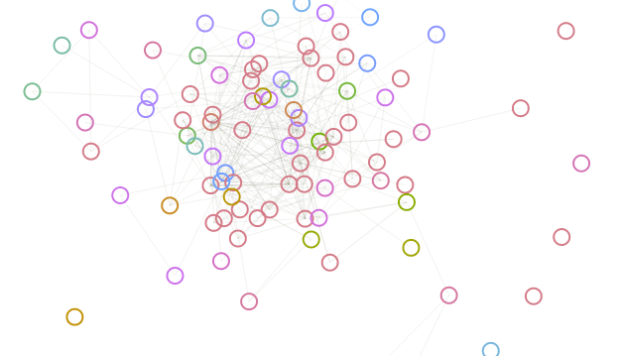 Thessaly La Force, with illustrator Jane Mount, recently published My Ideal Bookshelf, which is a look into the books that some people of interest, including Judd Apatow, Chuck Klosterman, and Tony Hawk, would like to have on their ideal bookshelf. La Force’s boyfriend took a more data-centric look at the collections.

In the network above, each node is a person who listed their ideal books, and connections represent people who named the same books. Those in the center of the network had more book similarities than those on the edges. For example, James Franco named a ton of books and as you might expect has a bunch of connections. [via @shiffman]