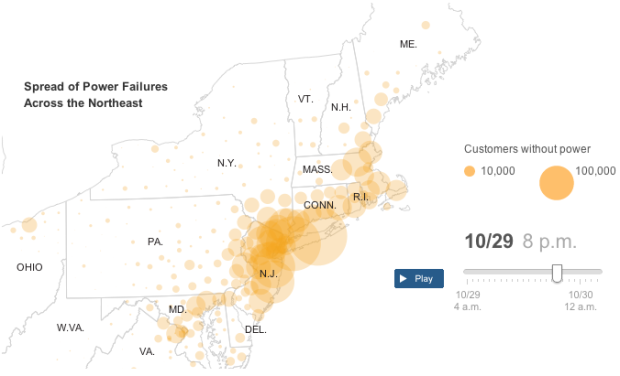 The New York Times provides a detailed look at the Sandy aftermath, across states and locally. With millions of people losing power in a short amount of time, the outages map and chart is the most dramatic.

More than six million customers lost power Monday as Hurricane Sandy felled trees, downed power lines and flooded substations. The storm led to power failures in at least 17 states, including more than a million customers in Pennsylvania and New Jersey and about 660,000 in New York City.