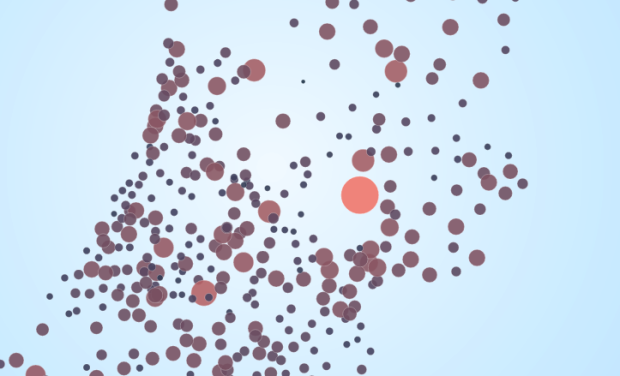 This month the Netherlands held national elections, and now that the results are in, interaction designer Jan Willem Tulp had a look at voting similarity between cities. I’m not sure what metric was used to judge similarity, but it looks like it was based on voting distributions for candidates.

Each circle represents a city, and you can choose between a geographic layout or a radial one. When you select a circle, the others change size and color, where more red and larger means more similar. In the radial layout, circles that are farther are away are less similar. Be sure to look at the city of Urk in the radial layout. According to Tulp, it’s the most religious city, and it votes completely differently from the rest. [Thanks, Jan]