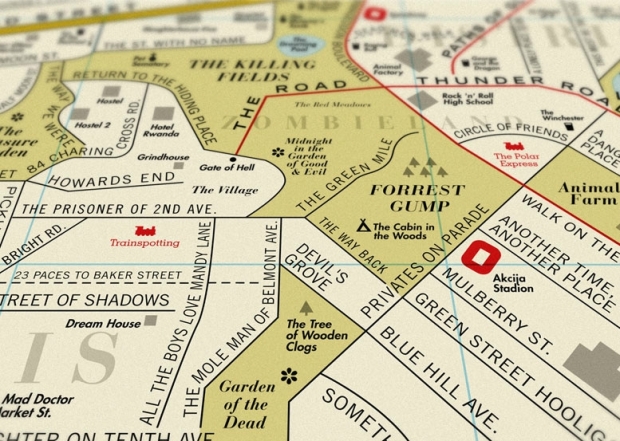 Art shop Dorothy made a map with film titles for street names.

The Map, which is loosely based on the style of a vintage Los Angeles street map has its own Hollywood Boulevard and includes districts dedicated to Hitchcock and Cult British Horror movies. Like most cities it also has its own Red Light area. There’s an A-Z key at the base of the Map listing all the films featured with their release dates and names of the directors.

I was hoping for a little more than places labeled with movie names, but still fun.