Graphing every idea in history 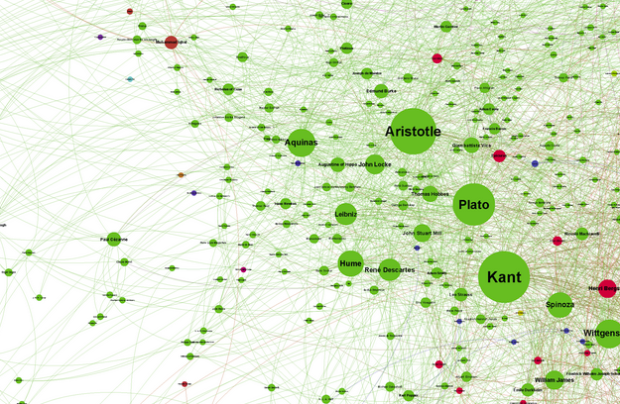 Brendan Griffen created a giant network of people, using every profile on Wikipedia that had an “influenced by” or “influences” field. Each node represents a person and is sized by the number of links going in and is colored by genre.

It really is fascinating (to me at least) to start at one node and bounce along the connections to a distantly related someone else. People in philosophy influencing fantasy writers who influence comedians. It shows one thing above all: the evolution of ideas is a non-linear process. We too, are somewhere in this web, albeit at a smaller scale. We too, are the sum of many.

Be sure to check out the easier to read and browse zoomable version. Also available in print.