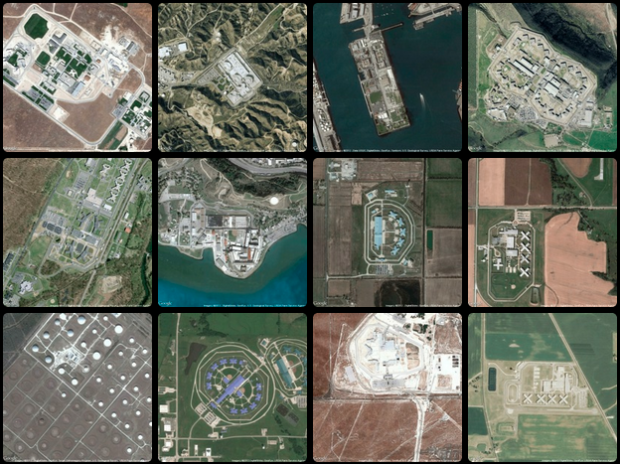 The United States is the prison capital of the world. This is not news to most people. When discussing the idea of mass incarceration, we often trot out numbers and dates and charts to explain the growth of imprisonment as both a historical phenomenon and a present-day reality.

But what does the geography of incarceration in the US actually look like? Prison Map is my attempt to answer that question.

Most are isolated boxes surrounded by a lot of field, but oddly there are some in close proximity to residential. There’s one towards the bottom that actually does look like a residential area. Either it’s a blip or grandma is running a prison in the basement. Probably the former.