How Much More Women Pay for Health Insurance 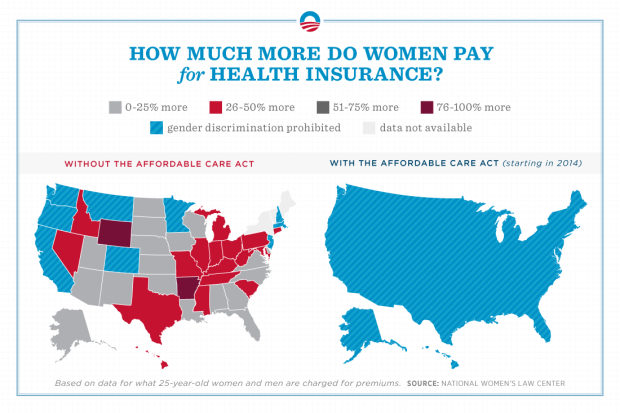 So the Obama campaign posted this yesterday. Discuss.