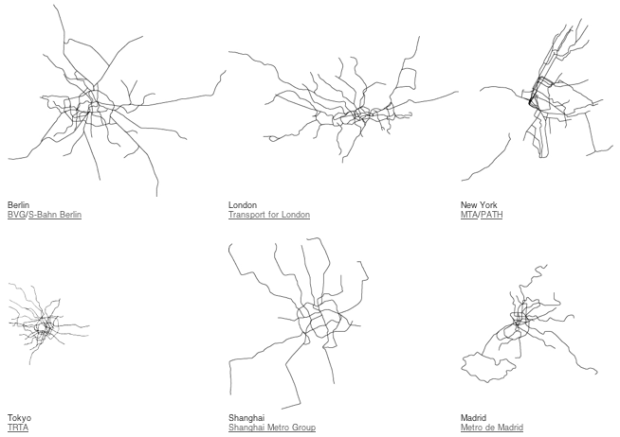 Urban planner Neil Freeman maps the world’s subway systems to scale in a minimal style resembling the scribbles or renderings of weird sea creatures by a two-year-old. I wish there were nodes to show stops, too, but the contrasts between the compact TRTA in Tokyo and RATP in Paris, and the spread out Seoul Metro and Transport for London is an interesting look.