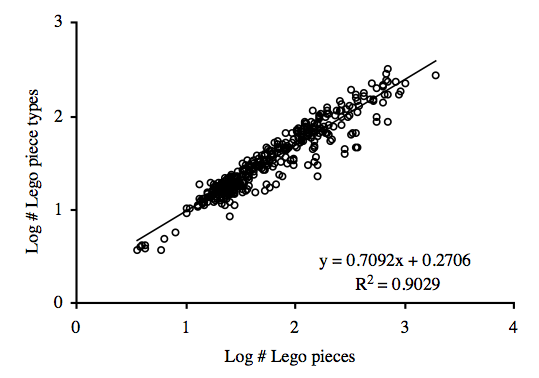 Legos are the best toys ever invented. That’s indisputable fact. So it’s no surprise that Mark Changizi et al. at Duke University used the toys in their study of growing complexity of systems and networks. They looked at 389 Lego sets and compared the number of pieces in the set to the number of piece types, as shown above.

Now to more important matters… look at this cool thing I made with the Legos my wife got me for Christmas. It’s a spaceship airplane race car. Despite leaps in technology from now to the Lego man’s current time, he still has to talk into a walkie talkie that is bigger than his head. 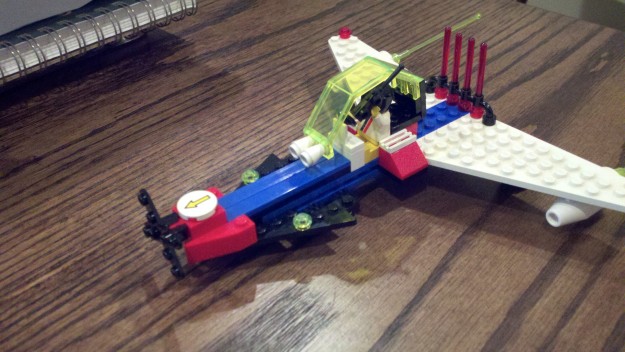 This just in: While the number of Lego piece types increases with larger sets, the maturity of the Lego users exponentially decreases.