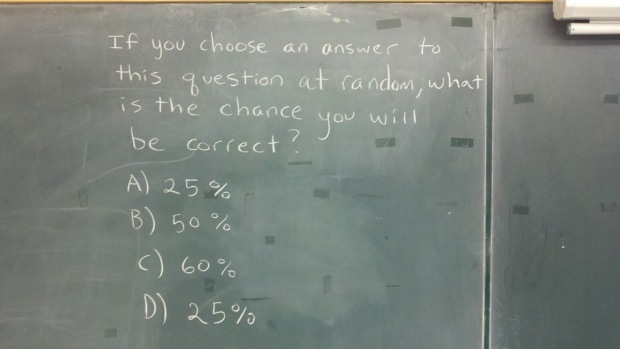 By way of Raymond Johnson, the best statistics multiple choice question ever written on a chalkboard. Try not to think too hard. [via]