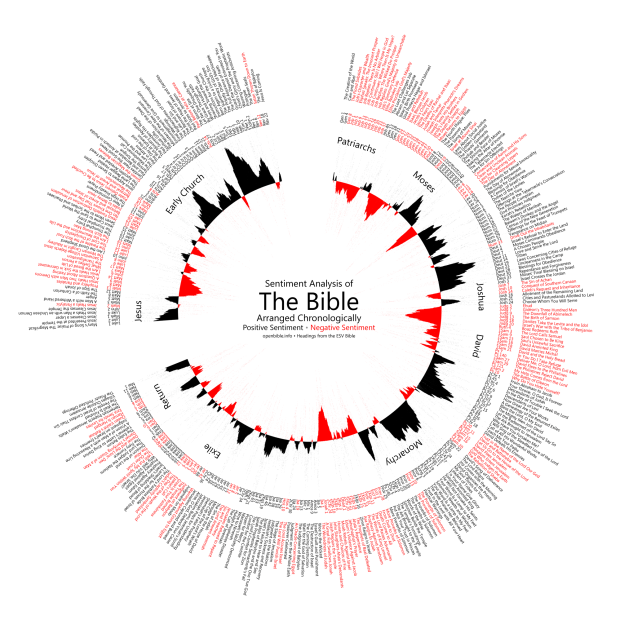 OpenBible quantifies the ups and downs of the Bible. Red is negative and black is positive.

Things start off well with creation, turn negative with Job and the patriarchs, improve again with Moses, dip with the period of the judges, recover with David, and have a mixed record (especially negative when Samaria is around) during the monarchy. The exilic period isn’t as negative as you might expect, nor the return period as positive. In the New Testament, things start off fine with Jesus, then quickly turn negative as opposition to his message grows. The story of the early church, especially in the epistles, is largely positive.

The Viralheat Sentiment Analysis API is used to assign a probability that each verse is positive or negative, and several translations are used to find a moving average.

Those who know the Bible well want to chime in on the accuracy?