Nobel laureates by country and prize 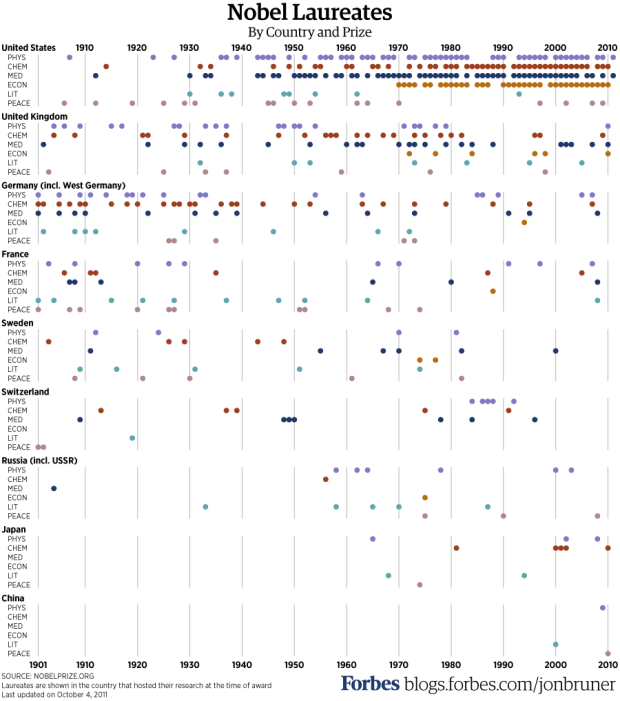 Nobel Prizes have been awarded every year since 1901. Where are all the winners from? Jon Bruner from Forbes puts it in a graphic. It’s a simple yet effective approach where dots represent a won award, and countries are sorted by number of prizes won. The United States has clearly dominated the field since 1950, although many winners were foreign-born:

The United States is also unique in the scale on which it attracts human capital: of the 314 laureates who won their Nobel prize while working in the U.S., 102 (or 32%) were foreign born, including 15 Germans, 12 Canadians, 10 British, six Russians and six Chinese (twice as many as have received the award while working in China). Compare that to Germany, where just 11 out of 65 Nobel laureates (or 17%) were born outside of Germany (or, while it still existed, Prussia). Or to Japan, which counts no foreigners at all among its nine Nobel laureates.

Before World War II, it was a different story. Germany led the way.