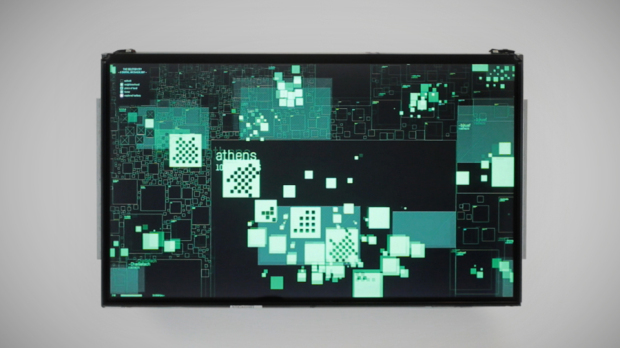 In a time long ago, there existed a place on the Internet called Geocities. People created pages and pages of blinking icons, brightly colored background, and everyone loved it. There was even MIDI music to set the mood. In 2009, Geocities was deleted, but the memories lived on thanks to the Archive Team. Information designer Richard Vijgen visualized these pages in an interactive piece called The Deleted City.

Around the turn of the century, Geocities had tens of millions of “homesteaders” as the digital tennants were called and was bought by Yahoo! for three and a half billion dollars. Ten years later in 2009, as other metaphors of the internet (such as the social network) had taken over, and the homesteaders had left their properties vacant after migrating to Facebook, Geocities was shutdown and deleted. In an heroic effort to preserve 10 years of collaborative work by 35 million people, the Archive Team made a backup of the site just before it shut down. The resulting 650 Gigabyte bittorrent file is the digital Pompeii that is the subject of an interactive excavation that allows you to wander through an episode of recent online history.

See it in action below:

Too bad you can’t interact with it online. Maybe I’d be able to dig up my old site from freshman of year of college, complete with lots of HTML frames and tables.

[The Deleted City via Waxy]