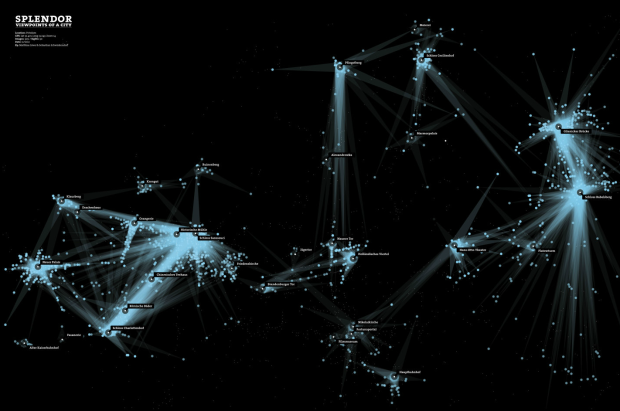 Think about when you take a picture of something. It’s kind of like placing a spotlight on that person or object and then pressing a button for a snapshot. In the case of significant landmarks in city, thousands of spotlights are projected every year. For a student project at the Interface Design program at FH Potsdam, Sebastian Schwinkendorf and Matthias Löwe use this idea as the basis of Splendor.

Georeferenced photos from Panoramio were matched with actual landmark locations (according to Qype) so what you get is a sort of spotlight from where the photo was actually taken to where the camera was pointed at. The results are quite nice. Above is an image for Potsdam and below is one for Amsterdam. 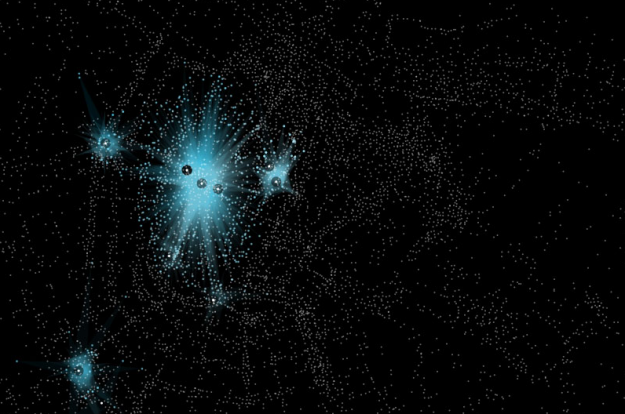 Of course, the major landmarks in each city emerge immediately, but you also get the direction of where everyone is interested in.