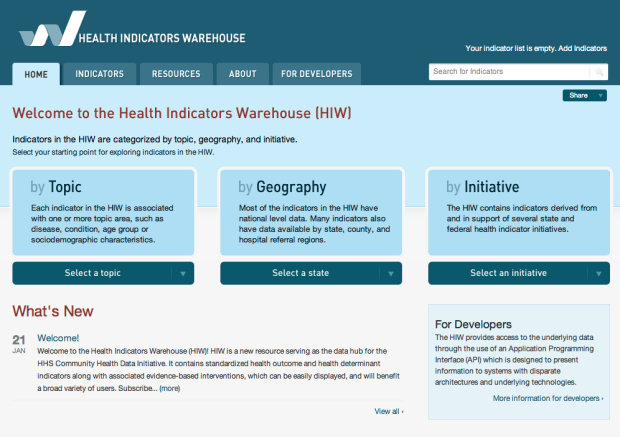 The government has been making a big push for more open health-related data, and a couple of weeks ago, they released a whole bunch of it with the launch of HealthData.gov. It’s the same interface as Data.gov, but for health. Additionally, the Health Indicators Warehouse launched with different data and a slightly more useable interface.

A quick scan of the data available, however, does seem to indicate that a lot of it is spotty or outdated (like on data.gov), which doesn’t make it especially useful. For example, some data sets are only one data point, while others are only a single year. At least it’s a start.