Google opens up Public Data Explorer to your data 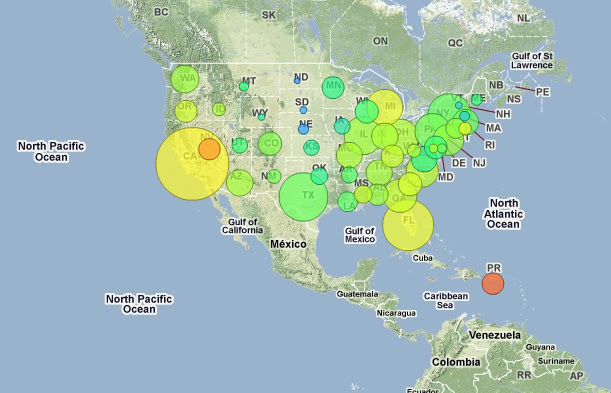 With Google’s recent data-related offerings, it shouldn’t come as much of a surprise that they’ve opened up their Public Data Explorer so that you can upload your own data. Previously, it was only available when you searched for something like “GDP” and a related dataset was supplied by an official provider.

[W]e’re opening the Public Data Explorer to your data. We’re making a new data format, the Dataset Publishing Language (DSPL), openly available, and providing an interface for anyone to upload their datasets. DSPL is an XML-based format designed from the ground up to support rich, interactive visualizations like those in the Public Data Explorer. The DSPL language and upload interface are available in Google Labs.

In terms of visualization, there’s isn’t anything new. You’ve got your maps, bar charts, and time series line charts, with the checkboxes on the left (like the snapshot below). Then there’s the chart types available via the charting API. 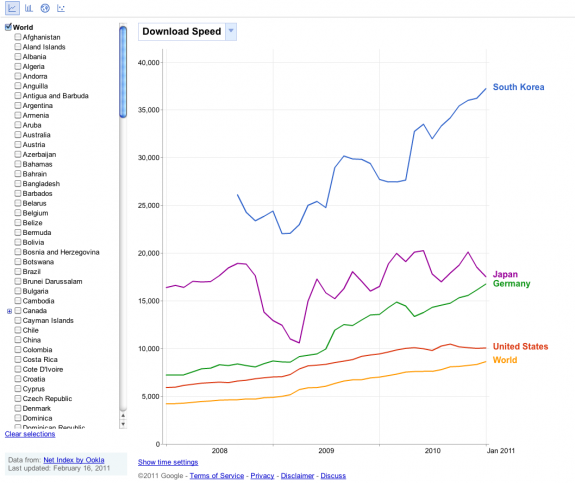 From what I can tell, the data you upload ends up in the public domain, so it kind of has a Many Eyes feel to it, but less exploratory. Then again, Martin Wattenberg and Fernanda Viegas are now both with Google, so I wonder if this a jumping off point for them to do more. Or maybe they weren’t involved at all.

If it’s the former, then great, I can’t wait to see what comes next. If it’s the latter, then the bigger news is that Google packaged a new data format with this release. We’ll see how people take to that one.