A house that knows when you’re happy and sad 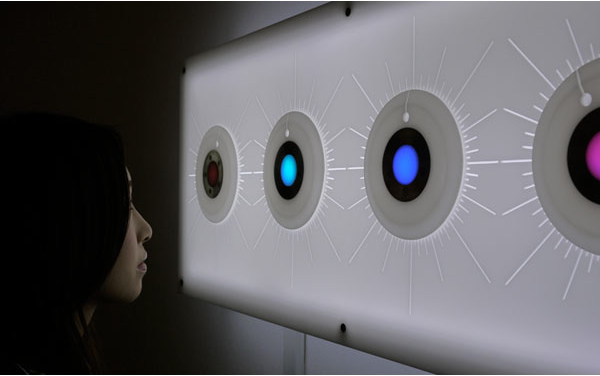 Auger Loizeau, in collaboration with Reyer Zwiggelaar and Bashar Al-Rjoub, describe their smart-home project Happylife. It monitors facial expressions and movements to estimate a family’s mood, displayed via four glowing orbs on the wall, one for each member.

We built a visual display linked to the thermal image camera. This employs facial recognition to differentiate between members of the family. Each member has one rotary dial and one RGB LED display effectively acting like emotional barometers. These show current state and predicted state, the predicted state being based on years of accumulated statistical data.

They also include a few quite beautiful vignettes from a family that has Happylife in their home. While there are no concrete metrics or instructions on how to read the displays, the family does draw some kind of emotional insights and sometimes finds comfort in the glow:

It was that time of the year. All of the Happylife prediction dials had spun anti-clockwise, like barometers reacting to an incoming storm. we lost David 4 years ago and the system was anticipating our coming sadness. We found this strangely comforting. 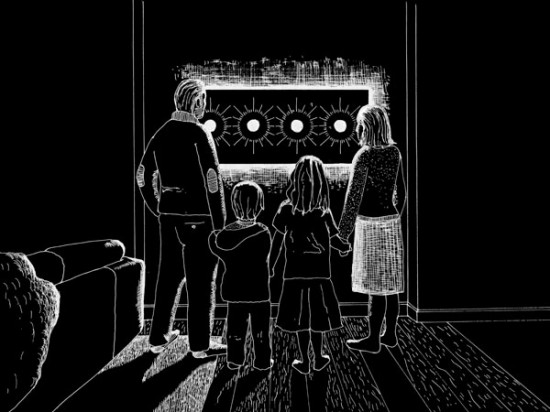 The irony here is that despite being called Happylife, the vignettes are actually kind of depressing, as are the cold, blue glowing orbs. And in The Veldt by Ray Bradbury, a story from the anthology that this project draws inspiration from, a new technology called the “Happylife home” is introduced. The parents are killed by virtual deadly lions. Coincidentally, that’s last on my list of ways I want to die.