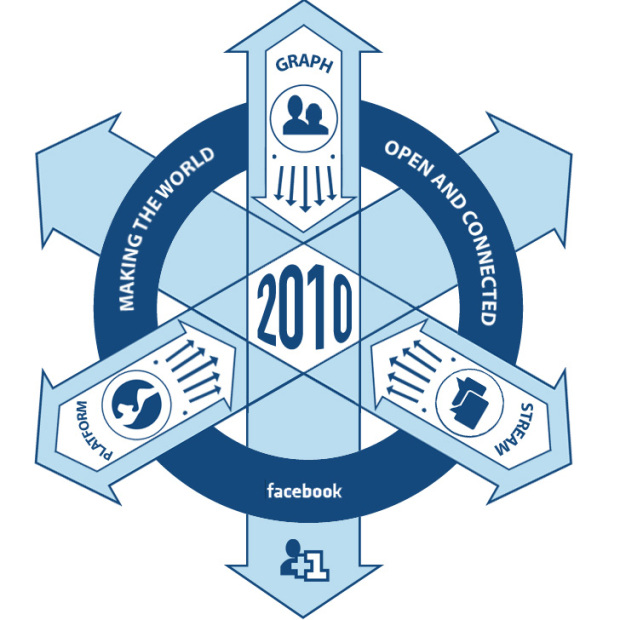 When asked to take off his hoodie during D8, Facebook CEO Mark Zuckerberg was incredibly reluctant and broke out into a serious sweat. After a bit of coaxing, however, Zuckerberg revealed a large insignia on the lining of his hoodie, representing Facebook’s supposed mission statement: making the world open and connected. Audrey Fukuman reproduced the graphic for SF Weekly, from stills and video.

What is its purpose? Only Facebook employees know for sure, but most likely it came out of a designer having some fun, and Facebook just rolling with it. Either that, or cult rituals in the ballpark in the middle of the night. It’s either/or, really. What do you think? [via]