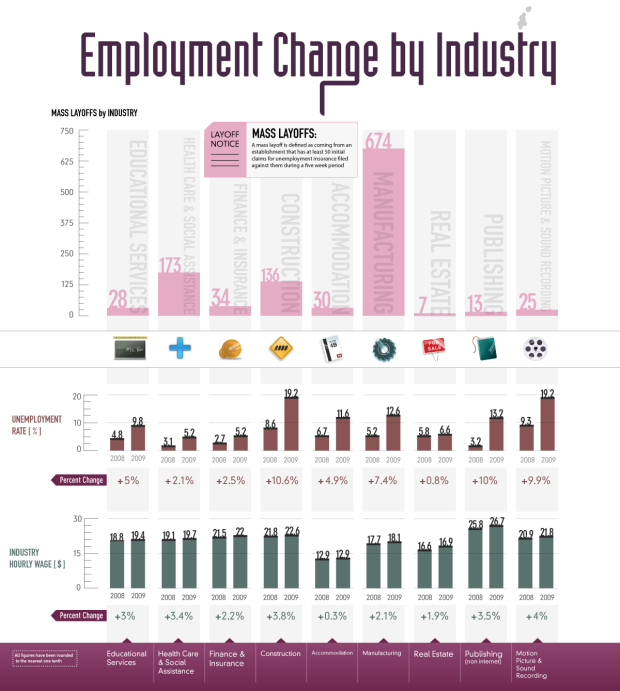 As we all know, many people, much more than usual, have lost their jobs during the past few years. Visual Economics shows layoffs and changes in unemployment rate by industry over the last year. Obviously manufacturing has taken a huge hit along with construction.

Health care and social assistance has also seen a lot of mass layoffs, but that one I don’t really get. I’ve been under the impression there was high demand in that area. Maybe I’m wrong.

In any case, one thing that I would definitely change in this graphic, other than getting rid of those out-of-place icons, is the percent change for unemployment rate.

I thought to myself, “That bar for 2009 is over twice as tall and it’s not even a 100% increase?” Then I realized they were percentage differences, which isn’t as important the actual percent change of the rates.

Then we’d see that the unemployment rate for manufacturing has increased over 140% and for construction it’s gone up over 120%.