We’ve all seen the new Star Trek by now. If you haven’t, you should. There are amazing visuals throughout, especially on the bridge, where those aboard can just about interact with everything that can be touched. Albeit it’s purely fictional and non-functional, but it’s good to dream.

OOOii, the group behind the beautiful board in Minority Report and the immersive technologies in The Island, is responsible for bringing the interfaces in Star Trek to life.

Production Designer Scott Chambliss wanted us to design the technology into an environment where all surfaces were prospective interaction points and the technology was truly ubiquitous across the entire bridge. In order to achieve this free form movement of data that both Scott and JJ envisioned, we had to design an architecture that utilized many computers, dynamic content rendering and broadcasted meta data to create what appears to be a contiguous world into which all of the screens act as windows. 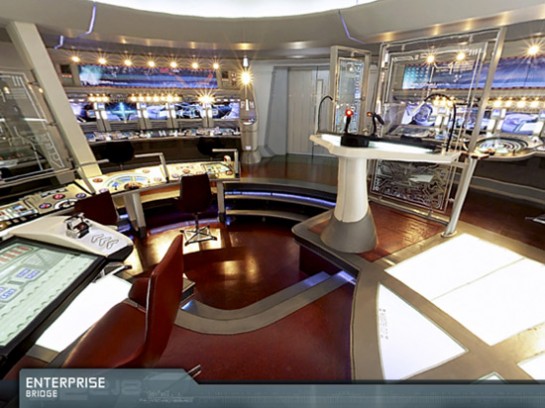