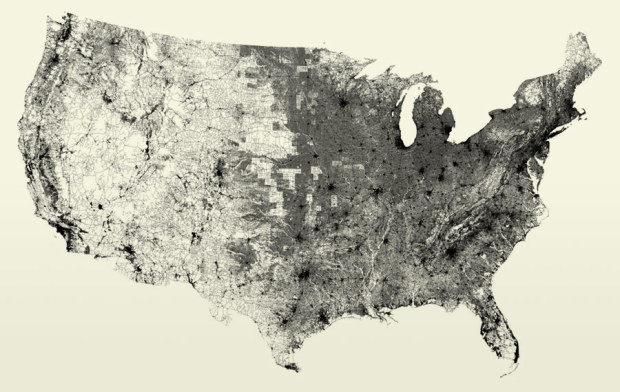 Ben Fry maps every road segment in All Streets, according to the U.S. Census Bureau’s TIGER/Line data. There’s no actual map or drawn borders; instead Ben chooses to let the data do all the work, and the results are very pretty. Sometimes you don’t need a map to map.

I was somewhat surprised to see California’s low road density compared to the eastern half of the country, but I guess that’s because of all the freeways. What’s more surprising though is that line down the middle. Roads all of a sudden go dense somewhere around North Dakota. Is that really what it’s like? Does farming suddenly stop and urban life begins in these areas?

Poor Alaska and Hawaii, with too few roads, were left out.