Rachel, one of the organizers of Columbia’s Life After Statistics, reflects on lessons learned from the conference and gives respects to a fellow statistician who was lost the night of.

As one of the organizers of the event, Life After a Statistics Doctoral Program (a conference organized by the doctoral students in Columbia’s Statistics Department), I was excited to be invited to guest post on Nathan’s blog but then realized that my perception of the event would be so different than that of an attendee that perhaps I shouldn’t. Two post-docs from Columbia’s Statistics department, Matt and Kenny, agreed that they would post and they did — once on Andrew Gelman’s blog and once on Nathan’s. 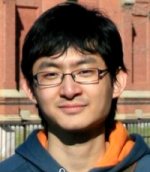 The event was … what it was and I’ll mention more about it below. It was a major success for the Columbia Statistics students and we were feeling jubilant that evening at a party to celebrate it. That very same evening, however, one of our own, Minghui Yu, a first year Columbia statistics doctoral student, was attacked by teenagers and then while fleeing for his life, was killed by a fast-moving jeep. Minghui was a gentle, generous, kind, happy, brilliant young man and his loss is felt deeply in our department.

The purpose of the event was that. To fill us with the hope and possibility of the future. We know as statisticians that we have many many opportunities available to us after we receive our PhDs. We, the organizers, wanted to give our fellow doctoral students the chance to think about those opportunities. These are some of the key messages and comments I remember:

There’s more probably. But right now, I am not filled with the hope and possibility of the future. I am devastated by Minghui’s death. I know he was a happy person who was loved by many people and who was doing what he loved. His life was cut off far too early and he is missed tremendously.