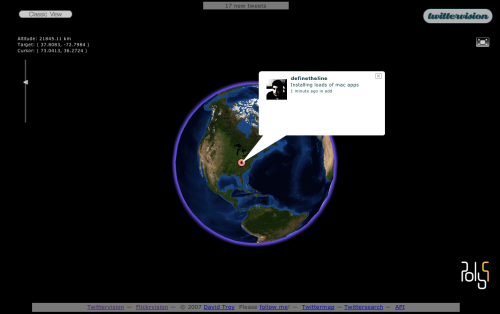 Twittervision is a Google Maps mashup using the Twitter RSS feed. As people post to Twitter, you see the map move from location to location all around the world. It’s really simple, but there’s something entertaining about it that I can’t quite put my finger on. Maybe we just like to peak into other people’s lives. Anyways, I don’t know how recent this is, but Twittervision now has a third dimension which is equally as entertaining as the original.