I’m rolling and mailing as many as I can per day, but there were a lot of pre-orders (way more than I thought there would be), and I’m just one guy in a garage. So it’s taking a while, but it’s coming. You’ll get a shipment notification from PayPal once your order ships. Thanks for your patience.

March 12 — The rest of the orders go out tomorrow!

March 9 — The remaining domestic orders go out tomorrow, so if you don’t receive it by next week, let me know, as things do get lost in the mail sometimes. The remaining international orders will go out no later than end of this week. It takes 6-10 business days for international, so if you have a non-US shipping address and don’t receive your order by April, let me know.

March 4 — Posters are going out quicker now, and I expect to mail everyone’s poster by end of next week.

March 2 — Thanks to friends, family, and Craigslist, got a lot of posters rolled, so a big chunk goes out this week.

February 27 — My processing time is speeding up now that I’ve established a workflow. I’ve coaxed some people into helping me this week, so a decent chunk should ship soon.

February 23 — With wife and baby sleeping, I was up late rolling. Another shipment went out this morning. Also glad I discovered that I can just drop off labeled posters directly at USPS annex instead of waiting in line awkwardly at the post office with boxes of poster rolls. 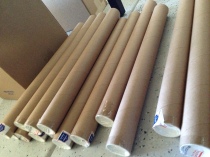 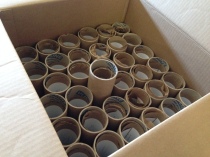 February 20 — First of many batches mailed. You’ll get a confirmation email from PayPal once your order ships.

February 19 — Posters received! Started rolling last night and will be mailing as many as I can per day. 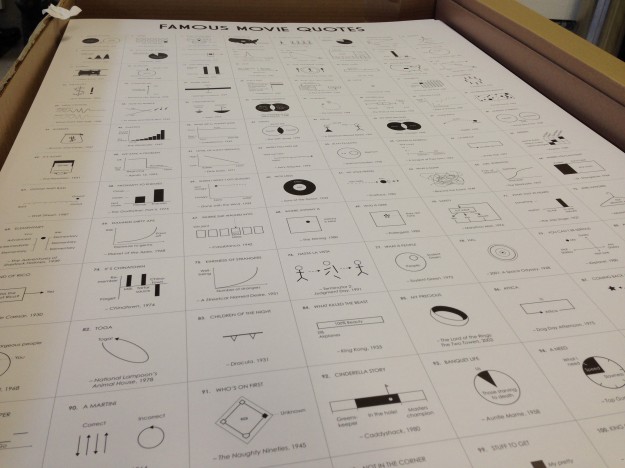 February 14 — Scheduled delivery date to me: Tuesday by end of day.

February 11 — Posters are en route to me. It’s 5-day shipping though, so I won’t get the posters out until after Valentine’s. Shucks. Good news though: They’ll be arriving to you soon!

February 10 — Done printing. Now just waiting for them to ship to me. Signing, numbering, and rolling after that.

January 31 — Poster sent to the printers!

January 30 — Ended pre-orders for the poster and will send to printers soon after some final reviews.