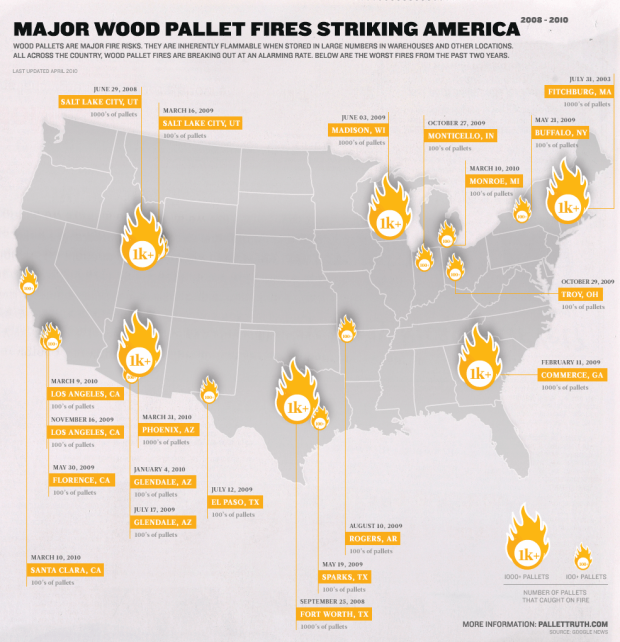 I put this up only because I had no idea wood pallet risks were such a hot topic. No pun intended.

While I’m sure the pallet fires caused plenty of problems, it’s always good to put things in perspective.

Update: As Douglas points out, the site reeks of plastic pallet propaganda. Another case of forcing an issue by exaggerating the numbers. Tsk.

Small Tools for Visualization (The Process 101)

Automatic Visualization is Still Not Useful (The Process 098)